I have recently discovered www.8tracks.com/boyred where i have started to post some mixes. I have reposted those listed on the Mixed Up Boy Page as the original postings on www.soundcloud.com/boyred are long and using up my timed capacity.  8Tracks is a great way to hear new music. You can only post individual tracks at this point. Must be over 8 in number and not more than two from any given album.  Check it out.

Update: December 2019 8Tracks has finally thrown in the towel after struggling financially for some time - it'll be missed.
at July 23, 2011 No comments:

This was altogether superb and frustrating in one show. The good? Miss Jackson and her band and dancers deliver all you would expect. She is in fine form both physically, amazing dance routines, and vocally. Supported by a tight band and using the "Up Close and Personal" banner to play three nights at the Albert. One of those shows where the hits surprise you as they keep coming. Highlights for me "Love Will Never Do", "Escapade", "That's The Way Love Goes" and "Alright". Playing to the faithful, the fans lapped it up - many knowing not only every word but all the moves too. 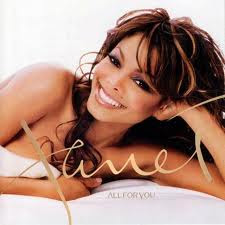 The video singalong to "Scream" with Michael was obviously well received and whilst she could have dwelled on the obvious she moved on and it is to her credit that she did so.  She is an artist in her own right with a strong setlist and whilst she acknowledged her part in the dynasty it was all about Janet on the night.

Frustrating - who produced this show? the start with "Nasty" video played in full was one thing; the pause after what must have been an exhausting run through many of the danceable uptempo numbers was necessary but meant a full 10 minutes of seeing Janet the actress in various parts through her career on video - this should have been cut shorter and editing could have made the whole thing sharper.  It seemed to be at first appreciated then a signal for the bar for a lot of people.  When she reappeared we were treated to a sat on stool in mid stage ballad section and then a 15 minute intermission. Stop start stop start. Not good.

The second half was better in that the hits came fast a furious and the dancing group 80s style was quite something.  I'm normally not one this type of show but it's been part of what we expect from her for so long, and she can do it all - that it worked well.  The surpise for me was i kept thinking how the shwo would have woked well at the O2 whereas i'm normally there wishing for a smaller venue.

So fab artist, songs and performances - for me the edge taken off by the structure of the show but maybe i'm just being picky.
at July 05, 2011 No comments: