This page is a work in progress - I will add stuff as I find it.
(last updated December 2011)

The label Blue Moves was, as often in these things, the product of a very different idea. Whilst I was working at RCA converting their album catalogue to the (then) new digital format it was apparent that they, like the other majors, were going to concentrate on the mainstream artists and certain sellers (this might seem obvious - sorry). The point was that many great albums with smaller but respectable sales potential would get left behind. I started to draw up a list of what I would release if it was up to me. I came to the conclusion that if my needs weren't being met then potentially there was a gap in the market generally. I knew the numbers involved to cover the mastering and set up costs and roughly worked out that if a CD could sell in excess of 1500 copies all sales beyond that number would be in profit. The risk of the startup costs for each release was high but if you could get the jump on any other licensees across Europe and beyond you'd be the sole provider of these products across the world.

On sharing this idea with my friend, Ray H, who ran a design studio servicing the record business, I found a partner and someone who was willing to fund the start up and leave the music bit to me. When we realised that we would do something together and it was an idea with legs we also brought in Ray's accountant Alan D as a third partner.  Alan was another music collector and whilst we had different tastes we felt that this was complementary rather than a conflict.

The original list consisted of much of my vinyl collection at home together with some titles from my days working in a local record shop in the early 70s. examples = Bill Withers' work on Sussex; Richie Havens A and M albums; The Average White Band albums (MCA, Atlantic and RCA); The two Alessi albums; Bobby Womack's run of albums on MInit/UA; The early Boz Scaggs and Steve Miller albums; Compilations of soul singles that never made it onto albums - Joe Tex, Whispers, Della Reese etc; The Philadelphia International catalogue; The Box Tops; Melanie; Angela Bofill; The Persuasions; The post Curtis Impressions; The Chi-Lites; Kiki Dee; Osibisa (Woyaya period); The Motown Four Seasons tracks; Philip Goodhand-Tait; Leon Haywood; The Raft releases by Linda Lewis; the RCA output on Wilson Pickett; Ian Matthews - the list was varied and extensive.
________________________________________

All In A Name
What to call it? we had a whole list of names - River Records; Rough Diamond;Sanctuary; Arcadia; Bittersweet; Nautilus; Rich; Ultimate; Spectra; Idylic, Blackjack; Axis; Box; Salad Sounds and many many more - none of them very inspiring.We finally decided on Ocean Records and started to negotiate with suppliers under that name whilst we incorporated the company. Soon after meeting the guys from the independent distributor, PRT, we received a solicitors letter from another one of their customers trading as Ocean informing us that they had prior call on the name. We changed it after some debate to Blue Moves. We had the obvious debate about logos but chose to stick with the "waves" first decided on for Ocean as they look a little like sound waves on a graphic meter.

So we now had a name and identity; a home and financing. We had set up manufacturing and distribution deals in principle all we needed now was some product. As stated earlier none of us had direct marketing experience, we had all worked at the edge of it but we were all just enthusiastic amateurs. We approached an ex-colleague of mine who had been in business affairs at EMI and RCA - these are the guys we would be dealing with when licensing product. We all sat down with him and he explained what how we should deal with the labels. We showed him my list of prospects and he knew the contractual situation with a couple and we struck them off the list but he generously suggested a couple of his own and the list stayed a decent size. We came away emboldened and a bit more confident but decided we needed to have a full business plan and do a dummy run at what we would show and present to any prospective artist or label manager.
_______________________________________

Up And Running
We had worked our various networks of friends and supporters and these started to work for us as ideas or news of catalogue contracts started to filter through to us. Late in '87 we approached Roulette in New York; pitched by fax and met in London with Fantasy about taking over the Stax catalogue in the UK and had a friend camped out in the Beverley Glen offices in California to try to secure the first Anita Baker album (Warners already had it under contract as she was just breaking and they had covered the option) and the Bobby Womack unreleased tracks from the Poet/Poet 2 era.

All of these were eventually non-starters but with all the effort we put in came lessons learned and the confidence that we were on the right track. I felt we were still being ambitious and better to do the legwork with the catalogue guys at the UK offices of the internationals to secure compilation or re-issue rights for tracks.  But we had to take the chances we were given so who was I to hold us back - I think I feared being out of my depth.

Looking For Music
Whilst I pushed my line with a couple of contacts, Alan had the idea to out an ad in a couple of music mags for demos. We had started to receive these anyway as some people obviously just write to any company with "record" in part of the business name(!). These were mainly on a par with the first couple of weeks of X-Factor but without any good ones. It did have entertainment value and perhaps we missed someone now making millions (we didn't). 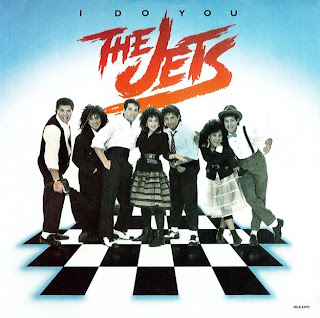 At this point enter the friend of a friend of a friend who on hearing our idea suggested a guy that is was neighbour in San Francisco. He sent us the demos and we sat down to listen together hoping it might be a moment to remember. On checking the accompanying biog we found that Rick Kelly was a session musician; played on , written and produced a number of songs for teen band, The Jets. So pedigree - tick. We played the track - OK now we're talking. "Cry Baby" worked for all of us. It's a spoken vocal similar to the early PSB stuff but had a drum heavy backing with a screaming guitar; has a lyric about a soldier losing his life but thinking of his love at home in his last minute.
________________________________________

Cry Baby
We felt we had something and went into overdrive. Appointed a lawyer to draw up contrcat (he is now a very senior record man) and negotiated a contract for a couple of singles with an album option.  We mastered the tapes and triggered our arrangements with our pressing and distribution deals.

We appointed a publicist and a PR and Rick flew in to meet us and we got him to do a photo shoot and some early pre release interviews (mainly on the back of his recent US chart action) - these would be held by the journalists for use if anything ever happened with his solo career. 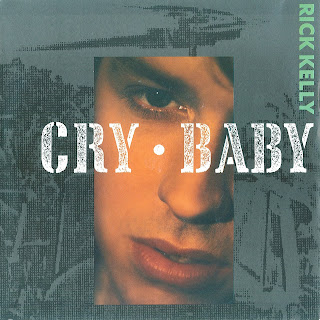 Artwork was by PointBlanc London


All you see films portraying fledgling record labels starting out are true -holding the product for the first time - being able to send it to the artist  (Rick was realising his dream too) was magical - We rang some shops to check it was available and got a number of positive comments. We knew we had a chance whereas many people got caught out by the distribution systems in those days.

Later that week we got a real boost as our PR firm Lipsey Meade rang to say the track was reviewed in Music Week - the industry trade magazine.  It wasn't
glowing but that wasn't the point really - what we needed was to get on the retail radar and this was a great start.  Now we needed to get as many shops to stock it as possible - we had arranged for the sales force at PRT to push the single by compromising on the dealer price of the CD single - these weren't commonplace at the time so it was a good incentive. This practice was banned many years ago and now everyone (supposedly) retails on a level playing field (no further comment).
_____________________________________

Welcome Expertise
During the above period we had the welcome expertise and knowledge of Greg R, and ex-RCA and CBS marketing director. He had worked with prime acts like the Jacksons, Dolly Parton and Billy Joel both in his native USA and internationally.  He now managed a couple of acts and was sharing office space with Ray's business. Besides that he is a top bloke. Who better to join us as fourth partner.
_____________________________________

Next Please...
The fact that we found a talented guy through a friend who happened to have this neighbour did not set us up A+R wise.  We worried that we were going to be a one-trick pony.  That wasn't the case.

We heard demos from a band called Little Brother (not the 2010 band but same name) we started to negotiate with them but they weren't interested in the UK and wanted to concentrate on their native California.  Rick came up with a track called "Never Break Your Heart" which was more RnB based and had a different feel.  He had decided he wanted to release this under the name Marriage In Harlem.  We felt this was a great idea as it would mean we had doubled our roster!
_____________________________________

﻿ We then connected up with a guy called Jan Seedman who managed a band in the US called Pop Art.  They had released a trio of albums and an EP through Jan's label, Stonegarden Records, in the US and they had toured through California, Texas and Nevada.  They had also gained a lot of regional press acclaim.  We got hold of the earlier albums and you could hear the progression in their songwriting and performance.  They were a 5 peice band anchored by the vocals and writing talents of the three Steinhart brothers, Jeff, Dave and Rich.  Dave's vocals had been compared "...cross between Graham Parker and Psychedelic Furs' Richard Butler.." by the LA Times.  The new album was to be called "Snap Cracle Pop Art"

﻿﻿﻿﻿We negotiated a licensing deal with Jan to take the new album (although with new art) and to release singles from it.  We put together a plan to release the first single "Never No" followed a few weeks later by the album. If all went well we would then issue the older material in chronological order.  The album would also get a cassette and CD release.

The new artwork was put together and following the band's approval we went into production. we wanted some sort of angle to get the band talked about so we ran a giveaway that fans could get a cassette of the album at a low price if they bought the LP - sounds mad and it was (!) but we got fans to write in and did get a few names to send pictures to etc. We thought it was a way of building a fanbase and get some discussion going - of course all you need now is a PC/Mac and Twitter etc.