In Appreciation of ... David Essex 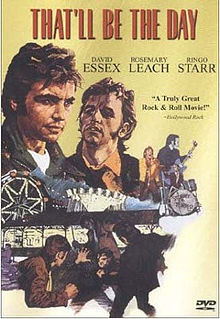 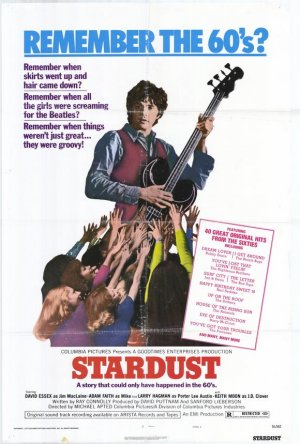 David Essex - this guy has done everything.  He rose to fame after trying the pop scene in the 60s through a major role in Godspell! in the West End (alongside a nother new face Jeremy Irons) He had a great pop career from the 1973 "Rock On" through a string of hits via his signing with CBS including "Gonna Make You A Star" and "America" collaborated with the Real Thing to great effect.  Sold out tours (I saw the "All The Fun Of The Fair" tour - a great production lost through the sceaming fans); He was on every cover.  His teeny bopper fame perhaps overrode his musical pedigree in that he wrote a lot of his own stuff and included some unique production from Jeff Wayne and later Essex himself.  He returned the favour to Wayne by appearing on the "War Of The Worlds" album.  At the height of that period he appeared in these two movies about wayward pop icon Jim Maclaine tracing his rise to fame through the rock and roll era with "That'll Be The Day' and about he would continue to rise (and fall) in the 70s in Stardust (also the title of another great single. He wrote and produced the show "Mutiny" starring alongside Sinitta (no great claim to fame there but a name to note).  He signed to Mercury in the later 70's delivering "High Flying Adored" and appearing on the "Evita" Album.  He released a few well received albums including "Imperial Wizard" and "Silver Dream Machine", has continued to appear in TV shows and continue to tour both as a musician and in shows.  In recent years his "All the Fun.." album was turned into a stage show which got good reviews.

Email ThisBlogThis!Share to TwitterShare to FacebookShare to Pinterest
Labels: 1970s, David Essex, Godspell, In Appreciation of.... 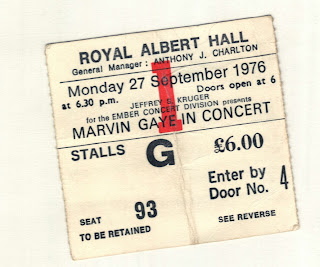 In 1976, after a long absence, Marvin Gaye returned to the UK with a triumphant tour which sold out on announcement.  Additional dates would extend the schedule as the faithful turned out to see their hero.  I was one at the front of the queue, never thinking i'd ever get to see him I forked out for two £6 (!) tickets for prime seats at the Albert Hall for the first show.  My wife (then very new girlfriend) and I have been talking about it periodically ever since.

His arrival on stage after a short band "overture" stopped proceedings whilst he lapped up the five minute standing ovation.  Turned out in a black suit with open necked shirt topped wih customary red tam - the pictures above could have been from the show (they're not).  It's an image of him at this time that wasn't unfamiliar.  Looking good and in great voice he showed us why he had endured.

Most acts would be lucky to have one career by then Marvin had many.  From teen idol in the early 60's through a career of duets with Mary Wells, Kim Weston and of course Tammi Terrell; braking  away from the Motown machine with his masterpiece "What's Going On" and continued to demonstrate his maturity through "Let's Get It On" "Trouble Man" and "I Want You".  All of these periods were represented in a comprehensive set.

The newer songs from "I Want You" stood up against the classics and that much under-rated album deserved to be there. Tracks from "What's.." had the crowd initially on their feet then reverently sitting to take it all in.  There were many such stand up and rapturous moments.

The presence of the man, his stagecraft oozed the charismatic promise his press always talked about.  Forget odd Marvin; druggy Marvin and here was Marvin the artist - the crowd needed no convincing.

I still hold it as my top gig ever - and not because he's gone and he's revered in any way.  It was an event, repeated here only a few times more.  Large tours of the USA followed when he finally returned home but the UK would not see him again.  I'm thankful that I did.

The later gigs at the Palladium were released in 1977 as "Live at The London Palladium" and the set reflects what I saw. The album features three live sides for the show and one side with the new long version of "Got To Give It Up". 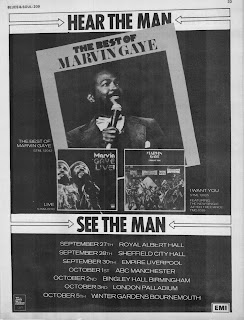 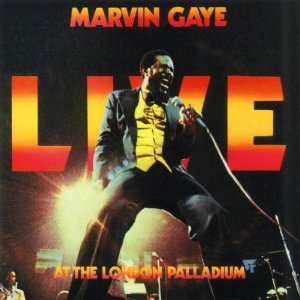 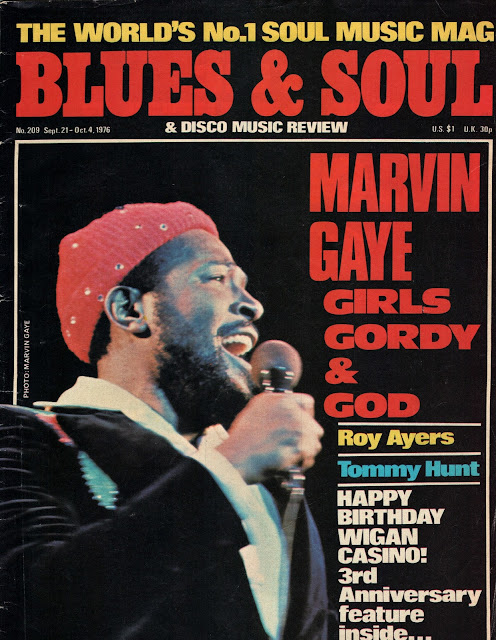 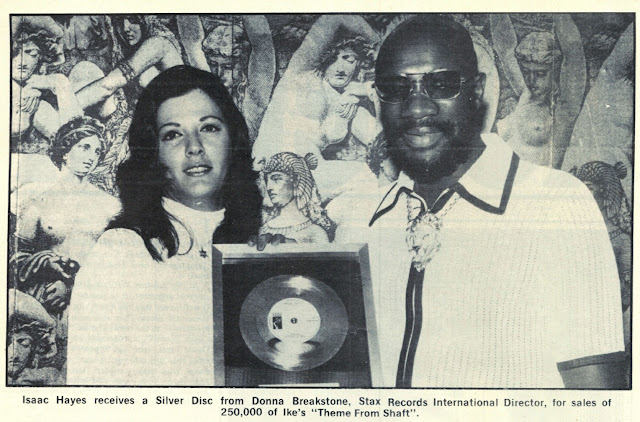 A Cutting from Blues and Soul Magazine July 1972 for the Silver Disc award for international sales of the brilliant "Shaft" main theme. 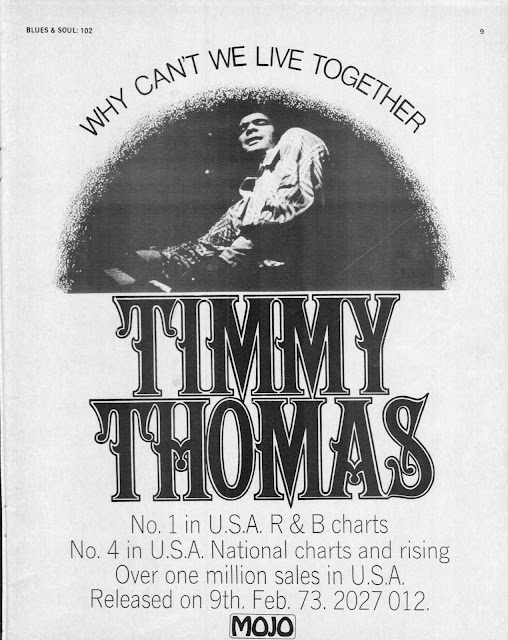 Black and White Ad from Blues And Soul early 1973.  Thomas was recording for the TK stable then - which also brought us KC and the Sunshine Band, Gwen and George McRae, Little Beaver and the wonderful Ms Betty Wright. 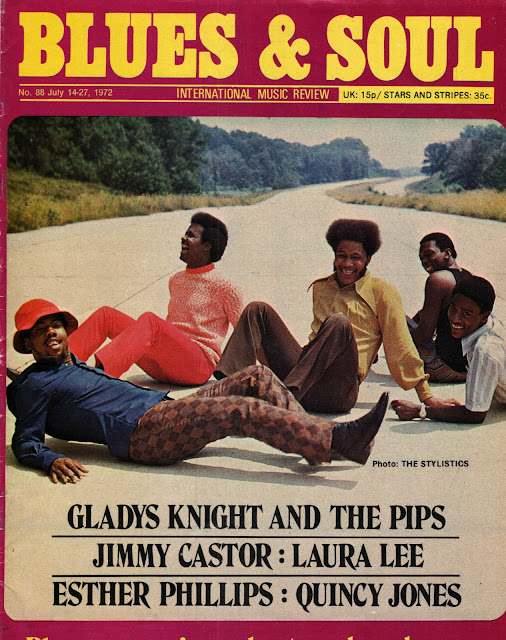 I've scanned a few things from the copies I have and will post them where relevant.  Happy memories.
This front cover from July 1972 features the Stylistics (for some reason lying in the road).
I also found it useful as a number of the artists featured also had their releases pressed at the Walthamstow factory see Made In Walthamstow - so that adds to the research.
at January 08, 2012 2 comments: