Sad but not unexpected news in the last few days that the last surviving major UK record company has been passed into foreign ownership and will now form part of the Universal Group.  There has been much said about the purchase by Guy Hands' Terra Firma and the huge debt burden that resulted.  Apparently the short lived period in the banker's control did bring about better performance in terms of cost control and sales.  The huge interest payments just masked the rise in that performance.  Potentially Universal has done a great deal.  So has Sony which has purchased the publishing company - always seen as the prize possession in the group given the rights it controls.

EMI has a lineage stretching back to the start of the industry.  The Gramophone Company Ltd can be traced back to gramophone inventor Emile Beliner and partnered with Eldrige Johnson's Victor Talking Machine Company in the US (later RCA Victor); the UK element merged with the Columbia Company to form EMI in 1931 with RCA owning  an interest. In 1955 it acquired Capitol Records in the US at a time when music was about to change forever.  The merger with Thorn (Electronics giant) in October 1979 was seen as the last major step forward for EMI as it became a conglomerate which owned everything from cinemas to defence systems. The music group finally became independent again in 1996 and sold the HMV retail chain in 1998. On this latter sale the trademark of Nipper the dog listening to His Masters Voice passed from the business to retail chain HMV. HMV itself has been subject to a great deal of speculation this year with a number of suitors waiting for it's fall. A deal was done with it's bankers to ensure it's survival for now.  A move to two tier (consumer electronics and live venues) based business has followed.

The current world of downloads and digital rights rather than physical product, whilst handled badly and slowy in general by the industry, should be seen as just the next stage in development of this industry and EMI has seen most of them with mixed fortunes.  It was slow to embrace CD but given the range of it's catalogue with the Beatles, Floyd, Blur, Sinatra, the Beach Boys to name just a few on the popular side and, with a huge legacy of classical music - going back to Fred Gaisberg's recording trips across the world in the early 1900s.  The buyers waited for the releases and, perhaps, EMI did not lose out by playing a waiting game.
The industry-wide attitude to Napster and downloading in general in the 90s definitely resulted in lost revenues - with a new culture of "buyer" - not interested in holding the carrier but just getting hold of the music - if free then all the better.  Very difficult to get that genie back in the bottle.
The current talk is saying thank God it's gone to Record Men rather than to another conglomerate investor and I second that.  Mick Jagger, whose Stones exited EMI for Universal earlier this year, was wheeled out to confirm that the lagacy would be safe in Universal's hands.  Let's hope so.  One ominous footnote that i've seen is that Universal have agreed to sell half a billlion euros worth of assets after the purchase - whether this is a nod to the competition regulators or just where they can see unnecessary duplication is yet to be seen.
I've read some really uninformed comment on Twitter and various blogs about this (one Tweet said "They (EMI) even made classical records as well you know").  We easily underestimate ourselves in the UK.  EMI was THE record company for a huge amount of the 20th Century.  Yes the 60s heralded the arrival of the Beatles etc but for most of the fifty years prior to that the company delivered huge revenues back to these shores.

Interesting until settled - this one has some time to run yet.
at November 13, 2011 No comments:

I first heard of Bill Withers as the writer of "Ain't No Sunshine" to me (then) a Michael Jackson song.  Soon after I heard "Harlem" - that was a revelation - I had to get the album "Just As I Am" - this was an amazing debut with both of those songs together with a set of personal songs warmly and gently produced ("Grandma's Hands" amongst them.)  Here was a real talent for the here and now - not full of all the hoopla of early 70s rock craziness or the heavily stylised soul artists of the time - a guy, a guitar, small band, wonderful songs - what more could we want? 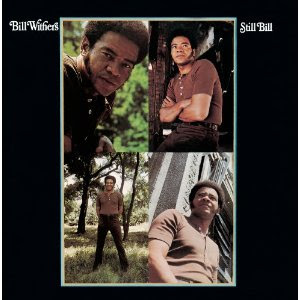 The second album showed us. Trailed by the (now) standard "Lean On Me" this is a step up from "Just As I am" - same voice, same simplicity of approach but a little bit more in arrangement - a consistency of feel and again - great songs.  "Who Is He (and What Is He To You)" and "Use Me" stand out together with for me one of the greatest love songs ever "Let Me In Your Life" a beautiful pleading song about a man not being let in due to hurt felt because of his predecessor.  This is one of my favourite soul albums of all time from a era when artists of the genre were starting to be given the freedom to deliver a whole package and not just a hit single or two with some filler.  A and M/Sussex invested time (or perhaps not?) and left him alone to do his thing.  I prefer these two first albums and the third "Live At Carnegie Hall" to his later stuff.  The fourth album "+Justments" is worth a listen but is short of this standard.

He moved (or the label did) to Columbia where he had another smash success with "Lovely Day" another standard.  His hit rate is high but not due to just a popularity but due to quality music again and again.

I've never saw him live and last year I read that he was now a stone mason which he loved doing.  Then a month ago I saw reference to a "Still Bill" film documentary which (i think) is yet to be shown in the UK.  previews and trailers on the web show him in the studio and at gigs so now i'm not sure the stone mason story is right.  I hope it's not and he'll arrive here for a tour soon.

There's some good live footage on YouTube (mainly BBC) but you should seek out these two albums and the Live set - there'll be no regrets...
at November 04, 2011 No comments: