Another day another commuting moan. I understand that when you get off the tube you want to check your phone for that urgent message.  Why do it at the top of the escalator, in the middle (i.e. not to the side of )the platform, in the queue for the gates.  Either that or learn to walk and talk at the same time.

I'm getting concerned about this I usually think of myself as a pretty cool commuter - working on the basis that  I get there when I get there - I can't drive the bus, train, tube so I should leave it to the professionals.  Old moaner really isn't me - I hope.
at August 26, 2010 No comments:

Rumer at the Bloomsbury Theatre SOLD OUT.  Rumer supporting Joshua Radin at the Roundhouse SOLD OUT. Crowded House at Hammersmith earlier this Summer SOLD OUT.  I really need to pay more attention.

Finally I have heard back from BA customer services regarding my claim.  They are willing to reimburse £845 of a £1067 claim.  Given that the tickets cost me some £4000 and I will be travelling again AND my long explanation about how much hassle I had in getting myself kitted out for my trip whilst trying to do what I was in the US for, you would think that they may have made a goodwill gestrue and paid it out in full.  Instead I get an email from a machine that denies the balance of the claim on the basis that they won't pay for laundry (funny I thought I was being prudent in getting my clothes pressed rather than simply buying more)  They won't pay for phone calls from the hotel - despite my explanation that my blackberry charger was in my lost bag and I arrved at 9pm at night and had to sort stuff out for the morning (as I was bagless!).  All this was due to their error so (me being simple) I beleive this is all down to them. I've written and told them i'll except it as I have no way of going back to them - but expressed my concern, shall we say of their lack of understanding, and ineptitude in the art of customer relations (surely the email informing me of all this could have had someone's name on it?).  Oh well i'll try another airline (BA please note all for £222).
at August 17, 2010 No comments:

I have a second Blog called "The Lost Record Covers Club"  The idea behind it is that I was becoming frustrated by 3 things - not being able to find all the music that I want on CD (see Lost and Found).  The incorrect album art that i-tunes and Gracenote put on your library when you do have the CD or the download (not that i have any downloads) and just album art that should be appreciated for itself or for the music contained in it.  Some of the art is available elsewhere on the web but most posted are scans of vinyl that I own.  I worked in the record business in the late 70's and early 80's so have some older and more obscure releases - whilst these are not necessarily collectable, they are rare (i.e. They didn't sell!). As I convert some of the music to digital I will post links to the tracks in addition release details.
at August 15, 2010 No comments: 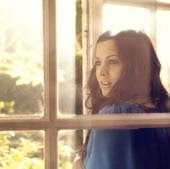 Heard this first on Radio 2/Chris Evans earlier this week and then found it on YouTube.  Bloody marvelous.  It seems I'm not alone in hearing Karen Carpenter in the singer's voice (is Rumer her or them?).  She has a gift of a voice coupled with an effortless style plus a hint of jazz feel to it.  YouTube also has a Paul Simon cover which stands the test as well so this is no one-off. Give it a play and enjoy.  I for one will be looking for the album. see the video on Rumer "Slow" on YouTube
at August 13, 2010 No comments: