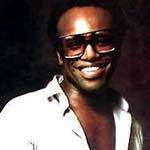 
You will find a number of other posts with Pick n Mixed about Bobby Womack.
at June 28, 2014