C60 C90 C120......
......long before that and the advent of "Home Taping Is Killing Music" I made up tapes for both my own and family and mates' listening (they might call it torture).  Once cassettes bit the dust I dabbled in MiniDiscs for a while before discovering CoolEdit the wonderful (now defunct) sound editing package.  I use this a lot and find myself getting back into the mixtapes habit that I used to have when I was a teenager.  The results of my efforts are all posted on MixCloud. (click individaul titles to play mix).  I would really like to know what you think so please let me know via the comments box below (be assured I take criticsm well) . You will also find me on SoundCloud (where some mixes and tracks are available for download) and 8tracks - internet radio at it's best.

Ain't No Disco
A compilation of soul tracks which would later be labelled DISCO but they weren't!

1. The Brecker Brothers were the horn section to have with you in the early 70’s with Randy and Michael both collectively and individually working with the 70’s best artists across many genres. “Sneakin up behind you” was their first single for Arista.
2. KC is much maligned and tagged with the disco label more than anyone here but the early tracks “Queen of Clubs” and “Sound Your Funky Horn” whilst made to appeal to dancers had a new style. “ Do It Good” although a hit in the US in it’s own right was the UK B Side of “Queen”
3. The Chi-Lites – mentioned regularly now for the Beyonce sample, had a fantastic run of albums and hit singles. A group including genius Eugene Record who wrote and produced all of their best material. After his departure they fell apart, reformed and disintegrated into a nostalgia band but for a while they could do no wrong. “You Don’t Have To Go”
4. Major Harris – “Two Wrongs” from the “My Way” album that included the song he’s known for “Love Won’t Let me Wait”. The album was recorded in the Philly’s Sigma Studios and the sessions and included many of the musicians found the PIR canon.
5. Back to Miami (see 2) for Timmy Thomas “You’re A Song I’ve Always Wanted To Sing” proving the “Why Can’t We Live Together” artist wasn’t a flash in the pan. Get hold of “The TK Years” for a real treat.
6. “Finally Got Myself Together” - Ed Townsend was a recovering alcoholic and this is obviously autobiographical. Brought in to produce the Impressions to revitalise their post Curtis career he delivered a masterpiece; Marvin then recognised this and brought him in to produce the first half of “Let’s Get It On” – high praise indeed.
7. Cisko Kid by War knocked me out when I first heard it. You can almost here the influence of south LA with the rhythm driving this. More like a rock band then soul oufit – no matching suits here. From “The World Is A Ghetto” album.
8. Cuba Gooding senior’s oufit The Main Ingredient bring on the style with this track “Rolling Down A Mountainside” was the follow-up to the famous “Euphrates River” album.
9. “It Hurts So Good” was popular in the UK as a reggae cover. No contest - this is Millie Jackson’s song – period.
10. The Originals were with Motown for years but never got the support they deserved. I found this as a B track on an EP containing at least four hits (two of which had been US top 5) what was Motown UK thinking. Lead Eddie Gorman was around the Temptations and shortlisted on many occasions to be a permanent member. He is now but much too late.
11. The Moments became known for the real pop disco songs “Dolly My Love” and “Girls” but they had been producing real soul sides for Sylvia Robinson’s labels for years. This was my first introduction to them.

12. Roberta Flack’s “Killing Me Softly” album is a beautiful collection of songs. This is a guitar driven track that never made it as a single who cares – superb.
13. “Pillow Talk” - Sylvia Robinson is probably mentioned more now in her capacity as a New Jersey label owner and manager. It was her idea to bring The Sugarhill Gang together – hip hop brought to vinyl for the first time. In Her own right she delivered tracks in a number of guises: solo, in duo’s and as part of a group. This was a solo outing that, frankly, was seen as raunchy(!) at the time.
14. “Back Up Train” - Al Green in his early secular mode – before meeting the Memphis/Mitchell produced sounds that began the long run of classic hits.
15. The Tower of Power’s horns section is well known for their driving funk contributions to many a hit in their own right and for many others. They did however also produce some wonderful vocal performances “So Very Hard To Go” is a personal favourite.
RedMix 6 - Collected from 1971 onwards! and mixed in 2007/posted here in October 2010
___________________________________________ 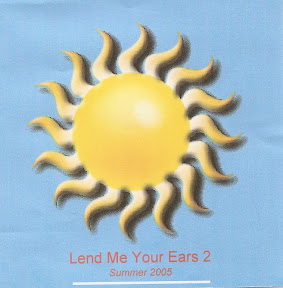 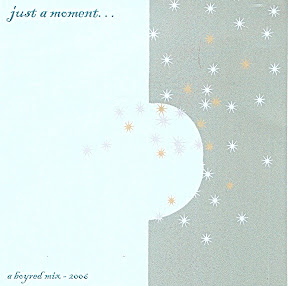 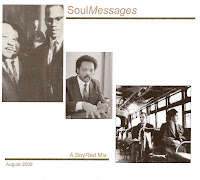 Intro, then Sunshine In Their Eyes from Stevie (from the underated Where I'm Coming From album), Blaxpoitation gives us "T Plays It Cool" from Marvin Gaye's Trouble Man soundtrack and "Pusherman" from Curtis Mayfield (Superfly) follow before falling into some Sounds Of Blackness and MLK.  Rae and Christian's more recent take on "Wake Up Everybody" featuring Bobby Womack and "Whatcha See Is Whatcha Get" from the Dramatics add some gritty vocals.  "Harlem" the neglected debut track from Bill Withers preludes Gil Scott Heron's "Street Narrative 125th and Lenox" before we add some jazzier beats with "Compared To What" (Les McCann and Eddie Harris) and "Wade In The Water" from Ramsey Lewis.  The Queen intros "Young, Gifetd and Black" as a start to the Staples "The Weight".  Grammy nominated "The Ghetto" by Candi Staton's Fame period ( a masterpeice!), "Family Affair" from Sly and "Inner City Blues" from Marvin bring on the finale of Sam's "A Change Is Gonna Come" the hymn to the civil rights struggle if ever there was one. 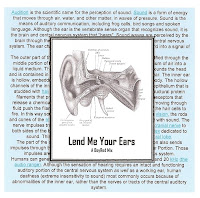 Lend Me Your Ears
Introduced by Orchestral Tommy, Studio 60 and 10cc; then Laughing Boy from Daryl Hall and John Oates' Abandoned Luncheonette album falling into Old Man from Neil Young; Peter Gabriel's Live A Normal Life;  Go on, moan about the inclusion of ELO with The Whale and Blur's The End linked by Steve Miller's Imbroglio.  Pure Shores intro brings in It's Too Late by the Streets then Falling Angels by Nitin Sawhney.  Pride of place has to go to Glenn Campbell's definitive Wichita Lineman which fades into the final verse of A-ha's Hunting High and Low then Badly Drawn Boy's Silent Sigh.  Cafe Regios is the bossa track from the Issac Hayes Shaft soundtrack and Beth Orton's Central Reservation breaks down a little longer courtesy of CoolEdit.  Rose Rouge from St Germain and Wrong by EBTG hopefully sets your feet atapping until the wonderful Jill Scott tells us that we've Gotta Get Up along with 4Hero.  Once awake Listen with Tears For Fears. Eyesight To The Blind returns in it's full version by Richie Havens and the orchestral theme is kept going with Craig Amstrong's take on Someday I'll Find You with Shola Ama (where she?) with Coldplay and Shawn Colvin - Everything's Not Lost and I Don't Know Why? keeping it calm until The End Theme from Zero 7. 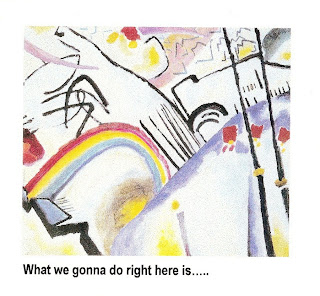 What We Gonna Do Right Here is....

Lend Me Your Ears - Volume 3 A Soulful 70s MixTape 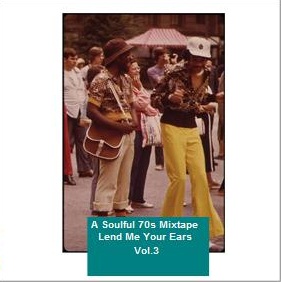 1. Family Affair - MFSB
2. Family Affair - Sly & The Family Stone
3. People Make The World Go Round - The Stylistics
4. The Look Of Love - Isaac Hayes
5. This Used To Be The Home Of Johnnie May - Eddie Kendricks
6. Living In The Footsteps Of Another Man - The Chi-Lites
7. Drowning In A Sea Of Love - Joe Simon
8. Tuesday Heartbreak - Stevie Wonder
9. Take Me In Your Arms And Love Me - The Undisputed Truth
10. Love Music - Lloyd Price
11. You Brought The Joy - Freda Payne
12. I Only Get This Feeling - Chuck Jackson
13. Ruby Lee - Bill Withers
14. I Miss You (Album Version) - Harold Melvin And The Bluenotes
15. The Highways Of My Life - The Isley Brothers
﻿