Back to Boston, almost ten years to the week.  Our first trip being in the immediate aftermath of 911.  This was to be a long day stopover - we would re-visit some of the sights via the city's Duck Tour (they do this so well) and then visit some of the stores that I had found on that first trip.  Time ran out on us and I made it to the two branches of Newbury Comics.  The original on Newbury Street has changed in that it was a real vinyl collectors paradise before but has gone a bit upmarket or perhaps simply a bit more organised (forgive me I like my second hand stores a bit scruffy!) obviously Cd has become dominant.  Good that their used stock is filed with new and sale copies which is a great way of searching for your wants.  Nice stores (the second one is firmly on the tourist trail at Quincy Market). 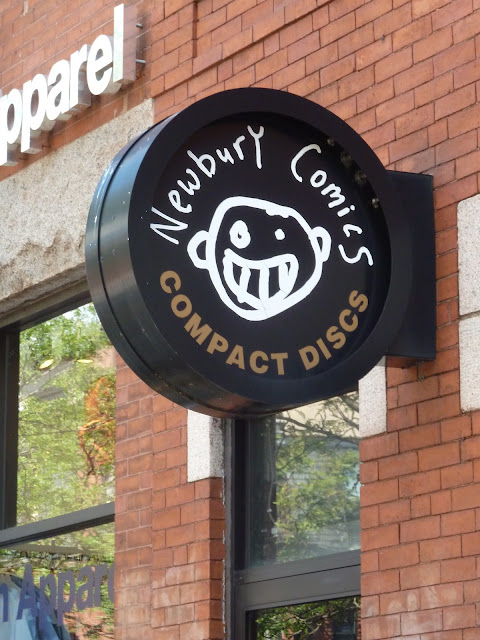 Finds: New Ry Cooder, Youngblood by Carl Wilson, Blues'n Soul by Little Milton, The rarities CD from Exile on Main Street, Soldier of Love by Sade, Last Name..By Charlie Wilson and a Best of the Spencer Davis Group - nothing rare but all good finds at great value beyond just the sterling/dollar rate gain.
at October 01, 2011